Natural versus Synthetic Gems: Which One is Best to Invest?

Which gems are best to invest? Take a look at the key differences between natural and synthetic gems and the best path to high quality gemstones.

Today's entrepreneurs are investing in gemstones more than ever. There are a number of reasons behind this trend, but topping the list is the potential for gems to increase in value exponentially. Adding to the allure is the ability to gemstones to maintain their value even in the midst of fluctuations in currency values and dips in the real estate market. Below is a look at the key differences between natural and synthetic gems and the best path to high quality gemstones.

To the untrained eye, it can be difficult to tell the difference between a clear, impeccably cut gem and a synthetic gem. After all, both types of gems possess the same physical properties and chemical composition, making it difficult to distinguish between the two types. However, a closer look through the eyes of an expert often reveals some telltale signs that you are viewing a synthetic gem versus a natural gem. Here are five key differences between the two types:

1) Synthetic gems are manufactured in laboratories whereas natural gems are mined.

Commonly known as "man-made gems" or "cultured gems," synthetic gems earned their name because they are scientifically created or "grown" in a laboratory setting. Manufacturing techniques typically involve the application of pressure and temperature to carbon and other elements. Natural gems, on the other hand, are found far below the earth's surface and must be mined.

2) Natural gems tend to have more inclusions than synthetic ones.

Synthetic gems are often described as "too perfect" in their appearance. This is because no impurities have permeated the stone and they have far fewer inclusions than natural gems. An inclusion refers to an imperfection in the gemstone that can weaken its colour or lustre. Examples include bubbles, feathers, and sheaves. While inclusions can impact a natural gemstone's brilliance, they can also help identify a gemstone that is lost.

With far fewer inclusions, synthetic gemstones are often more brilliant in colour compared to natural gems. However, it is important to distinguish between natural gems that have been treated and synthetic gems that simply have a more "perfect" looking appearance due to the absence of inclusions.

4) Natural gems are much rarer and more valuable than most synthetic ones.

Many people are surprised to learn that synthetic gemstones can be made at home using a variety of household materials. Common examples include amethysts and opals. This widespread increase in do-it-yourself gemstone manufacturing has actually contributed to the demand for natural gemstones, which are much more challenging to acquire due to their relative scarcity.

Generally speaking, synthetic gems cost about 30% to 40% less than natural gems of the same type, size, and cut. For this reason, synthetic gems are sometimes selected for engagement rings and other gifts by cost-conscious buyers in search of a beautiful looking stone for themselves or a loved one. To see an example of the cost difference between new and synthetic gems, the International Gem Society offers a gem price guide that helps illustrate the stark difference in cost between various gem types.

In addition to these five differences, there are many other qualities that help make natural gemstones rare and unique. For example, many natural gemstones are sold with a certificate of authenticity that will help verify a stone's clarity, cut, and weight. Purchasing a gem that is accompanied by a certificate is an effective means of boosting the value of a natural gem.

Which type of gem is better for investing?

"There are two primary areas where buyers could be hurt financially. The first is in their ability to resell manufactured diamonds. One argument for buying gemstones is that they are a store of wealth. The second risk, though, is that a buyer might purchase a manufactured diamond believing that it is a natural diamond." - Paul Sullivan, New York Times

Given the relative rarity, value, and innate beauty of natural gems, it is not a big surprise that natural gems are a better choice for investing. However, it is important to dig deeper within the natural gem market to determine the features that make a gem a good investment.

According to the International Gem Society (IGS), it is important not to assume that it is the highest-end gems that make the best investments. The IGS notes that modestly valued gems often appreciate more and are easier to sell. Additionally, the IGS notes that seasoned investors often seek low to moderately priced gemstones to purchase.

From a more global perspective, natural gemstones are poised to have a healthy increase in sales. According to consulting experts with McKinsey & Company, yearly sales of €148 billion are expected to increase at an annual rate of 5% to 6%. McKinsey & Company attribute much of this anticipated growth to a consumer "appetite for jewelry (that) now appears more voracious than ever."

How has interest in synthetic gems evolved?

While the appeal of natural gems has always eclipsed that of synthetic gems, millennials and other demographic cohorts appear to be warming to the prospect of synthetic gems. For example, the results of a study by MVI Marketing show that 70% of millennials surveyed indicated that they would consider a synthetic diamond for an engagement ring stone. There are several reasons behind this trend, including the following:

Given these considerations, you may wonder which synthetic gems are the most common. While dozens of types of synthetic gems have been manufactured since the 1800s, there are several types that stand out from their peers in terms of popularity. They include the following:

As the global market continues to warm up to synthetic gems, it will become increasingly important to learn how to distinguish between natural and lab-made gems. If you are like most consumers, this process may sound a bit intimidating. The good news is that there are educated gem experts in London who can help you evaluate a gem to determine its origin, quality, and investment value.

What is the best way to know for sure if a gem is natural or synthetic?

"The most reliable way to authenticate your diamond is to consult a trained gemologist or send it to an independent gemological laboratory for analysis." - Gemological Institute of America (GIA)

Determining whether a diamond or other gem is natural or synthetic requires special training and technology. Generally speaking, the only people who possess expertise and technology are trained gemologists or a reputable organization such as the Gemological Institute of America (GIA). These individuals often employ a technique called spectroanalysis or phosphorescence analysis to categorize a stone as natural or synthetic.

How can you find the best variety of high quality gems?

Distinguishing between natural and synthetic gems is not always easy. If you are considering investing in gems, the first and most important step is to visit London's Haruni. As the UK's most trusted provider of fine gems for three generations, we offer the best selection of fine gems for investment. We also possess the cutting edge technology and expertise necessary to distinguish between natural and synthetic gems.

We invite you to contact us today to discover why investors worldwide trust us to deliver the highest quality gems. Our team of professionals has the cutting-edge tools and expertise needed to help you distinguish between natural and synthetic gems, while identifying features that combine to boost your ROI. We look forward to introducing you to the best gems for investing!

Investing in Coloured Gemstones? How to Embrace their Potential 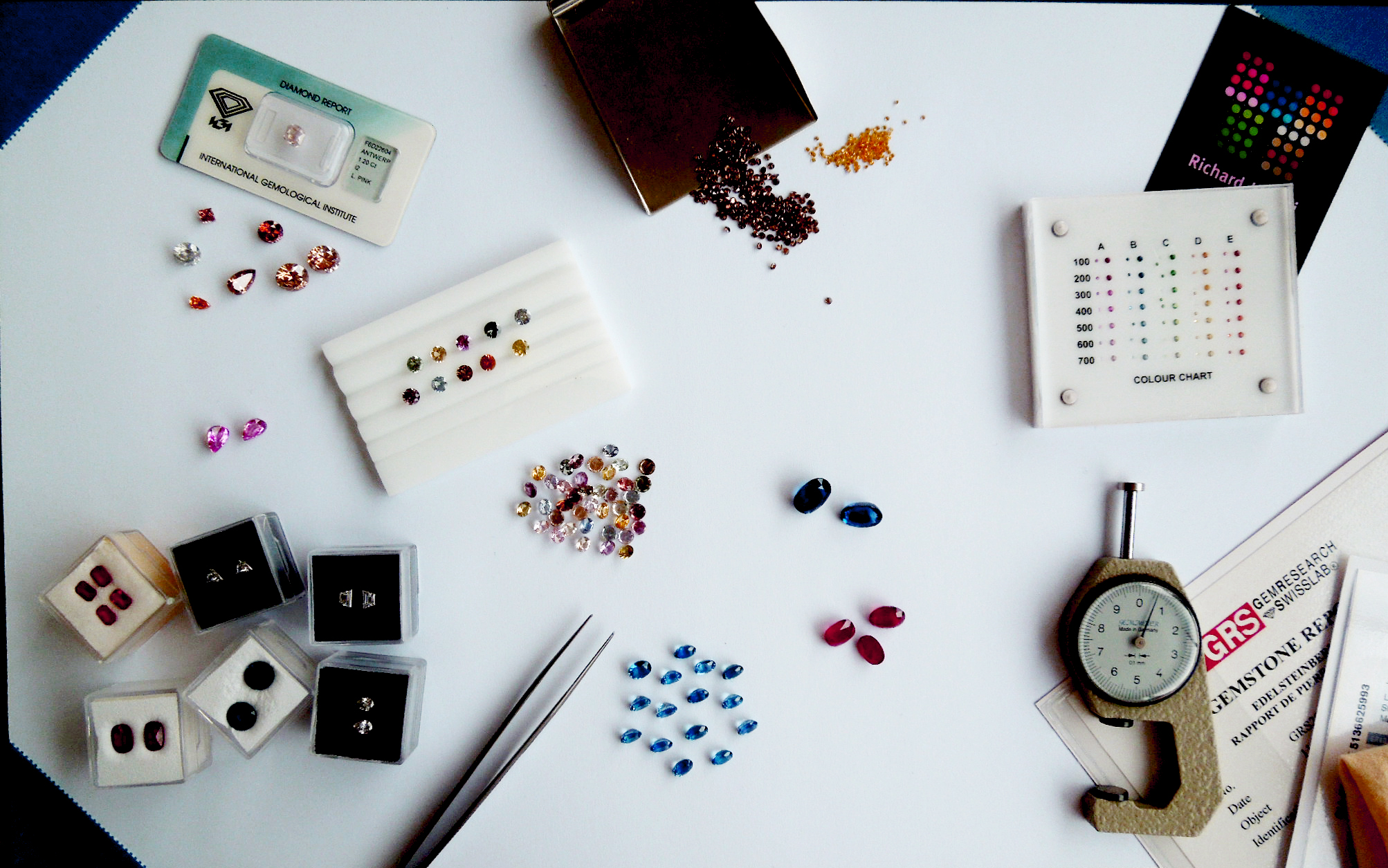