Can A Gemstone Fit My Personality?

Can Gemstones match a persons personality? Read more and know how to choose the gemstone that fits your personality.

Gems through the ages have been used to ward off evil, cure illness, invite spiritual blessings, or just to add some bling to the cave. All manner of natural objects were used to adorn bodies and homes, and sometimes they ended up being items of trade. When people learned to drill holes, they made beads for bracelets and necklaces. Perhaps it was inevitable that the rarest, most sparkly gems were worn by the most important people, the royalty of society, the wealthy, the lauded. And jewel thieves.

Today, gems are the expensive, rare belongings that silently announce the wearer's status and wealth. Gems are given to commemorate important life events, and jewellery is handed down through families as precious reminders of loved ones.

Gems are a rare and important purchase, so some thought may be given to how a gem reflects the personality of the intended wearer. Instead of being overwhelmed in a room of gleaming, sparkling, precious stones, the buyer can begin to narrow down the selection by considering the personality of the wearer. Start with the gem itself and then consider the appropriate style and setting.

A woman needs strings and strings of pearls – Coco Chanel

The iridescent pearl, officially the oldest gemstone known to history, has always been a symbol of sophistication favoured by royals of countries, the theatre, and film. Audrey Hepburn, Jackie Kennedy, and Diana, the Princess of Wales, had a signature style: a pearl necklace.

Queen Elizabeth II is perhaps the best known contemporary Queen of Pearls. Her three stand string of pears has been her signature look since 1935 when her grandfather, King George V, gave her the pearls when she was nine years old. At the same time, he gave her sister Margaret just two stands, perhaps sparking the animosity that seethed between the sisters through the decades. Today, the Queen has three necklaces of three strand pearls that she uses interchangeably for her signature daytime look.

Coco Chanel made pearls the traditional look of her brand by using multiple strands of pearls as an accessory to nearly every garment. She and all women who wear pearls continue a timeless trend. The oldest pearl jewellery discovered belonged to a Persian princess from 520 B.C.E. and can now be seen at the Louvre.

Pearls are elegant yet simple. People who wear pearls are seen as traditionalists and family-oriented. They prefer quiet gatherings with friends to a rollicking night in the city. Their tastes in furniture and clothing are classic. They are considered poised in all situations and are quite noticeable in a chaotic room because of their serene elegance.

The emerald is known as the Jewel of Kings, a superior gem that is honoured by cultures worldwide. The ancients considered emeralds sacred symbols of fertility and immortality. People wearing emeralds are said to have a peaceful and harmonious marriages.

Emerald lovers in ancient and contemporary times may cast suspicion on that belief. Cleopatra went around dripping in emeralds, draped her palace in emeralds, and gifted them to visiting dignitaries. Then there was that thing with the asp.

Elizabeth Taylor's emeralds from two-time husband and frequent lover Richard Burton are legendary. He gave them to her in the mid-1960s in Rome while they were filming Cleopatra. The Ancient Queen of Emeralds probably sparked the idea to drape his own queen in the elegant, green gem. In 2011, The matching diamond and emerald ring, necklace, pendant, bracelet, and earrings were sold at auction by Christie's in New York, The pendant alone sold for $6.57 million (nearly 6 million pounds).

As a symbol of love and rebirth, the emerald has been treasured for over 4,000 years. Emeralds are said to improve the intelligence as well as enlarge the spirit. They give those who wear them the gift of eloquence. People who wear emeralds are usually on time and considered dependable. They are analytical and they follow the rules. And that sparkle truly is greener than green.

The sapphire I greatly delight in, it preserves and increases courage, gives the heart joy, is pleasing to all the vital senses. Ivan the Terrible

Throughout history, sapphires have been coveted for their beauty, strength, and durability. In earlier days, they were thought to have healing powers and to protect from dark forces. According to legend, Helen of Troy's star sapphire was the power behind the face that launched a thousand ships. King Solomon's magical ring, The Seal of Solomon, was said to be a sapphire, and the fearsome Tsar of Russia, Ivan the Terrible, was a sapphire aficionado.

Sapphire wearers are socialisers, the life of the party. They love to have fun. They seldom think the glass is half empty. Their glasses are always half full. Their joie de vivre sometimes makes people grimace, but they are not insensitive. They are just so focused on the positive, it is easy for them to overlook the negatives.

People who favour sapphires wear colourful clothing with as many accessories as they deem tasteful. They thrive on standing out while they are having a good time. They are energetic, good team players, and popular. Like Lady Diana.

God Save the Bling -- The Independent, November 2010

If you want a gem to increase your wealth, impress your rivals, and protect the wearer from harm, ancient legends point to the ruby.

In recent times, famous ruby wearers include Wallis Simpson who loved to flash her rubies in her scandalous life. She is known for her elaborate jewellery collection; specifically, her rubies! Her prominent collection includes a ruby brooch, a ruby cross pendant, and a ruby ring. Most outstanding is her ruby and diamond masterpiece of a necklace set in platinum. This was her specially commissioned 40th birthday gift from the Duke of Windsor. The clasp is engraved with this sentiment: My Wallace from her David.

Ruby wearers like to win. They are motivated by challenges, but if they can't win, they won't play. They aspire to achieve the best of everything. They like to be unique and stand out. Rubies wearers are constantly striving for a goal, a next step, or another challenge. Rubies are often business owners and entrepreneurs because of their love of leadership.

Ruby wearers are proud of their accomplishments and eager to share them. Their extra confidence leads them to take risks, so they often succeed in meeting goals more timid persons would not think to set.

A diamond is not just a diamond, the traditional choice for an engagement ring gem. Thoughtful prospective grooms consider the cut of the diamond. Does it reflect his true love's personality? The closer it does, the more eager she will be for him to slip it on her finger.

The Diamond Museum of Capetown has given considerable thought and research to various diamond cuts and what they may reveal about their wearers:

A round diamond has 57 facets, which gives it the maximum possible shine. This cut is the most popular and chosen for traditional and sincere women.

A princess diamond is cut that is second in demand. It is square, making it traditional but different. This wearer loves having fun and is very clever.

An emerald cut has step-like facets and requires an expert craftsman. Emerald cut lovers are risk takers, looking for unique and often overlooked opportunities. They are technology wizards with a sharp eye for design.

A cushion gems cut is softer than a princess cut, a square cut with rounded sides. The look is distinctive and antique. Personality traits of a woman who bonds with a cushion-cut are romantically inclined and courageous. They can be trusted with your love token and your heart.

An asscher cut is more commonly known as a square emerald cut, and it is a traditional ring shape. It has 74 facets and a sophisticated look. The woman to carry off this diamond is elegant and feminine, Carrie Bradshaw in Sex and the City brought new attention to this vintage cut.

A radiant cut diamond is a compromise between the princess and the cushion cut. Similar in shape to the emerald cut, the facets are arranged for more sparkle. Women wearing a radiant diamond are traditional and unwavering.

A heart-shaped diamond brilliantly declares the giver's love and implies the wearer has a heart full of passion and sentiment.

Oval-shaped gemstone, is the most common cut for Rubies and Sapphire.  Diamonds can have as many facets as a round, brilliant cut. Wearers are sophisticated women who shine wearing jewels that are not normally seen around town.

Marquise diamonds are uniquely shaped. Their elongated bodies have pointed sides. The gem appears larger than it is. These are for dramatic ladies who stand out in a crowd with their amusing personalities.

The teardrop (or pear) cut combines the round and marquise shapes to create a beautiful sparkle and style known to delight ladies who are easy going and peaceful and embrace the oneness of a pair be it people or ideas.

Where to Buy Gemstones and Diamonds

Buying a gemstone is so much more than just buying a piece of jewellery for personal use or for a gift. Considering the history of the gem and the ambiance it conveys on the wearer, a gem is a personal statement and a clue to the personality of the wearer.

When purchasing gemstones, you are best served by reputable, experienced suppliers who can help you decide what you want and deliver it. Haruni Fine Jewels specialises in responsibly sourced gems. With offices in London, Geneva, and Ramat Gan in Israel, Haruni Fine Jewels works closely with mines and suppliers worldwide to provide clients with competitively priced stones, beautiful, original collections, and inspired service in bespoke jewellery design.

When searching for that perfect gem, please contact us. We would be honoured to serve you. 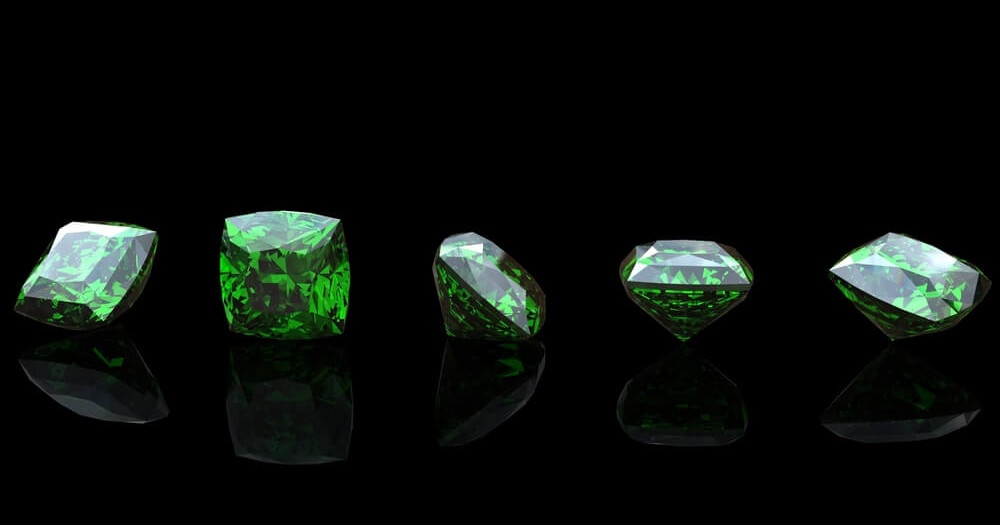 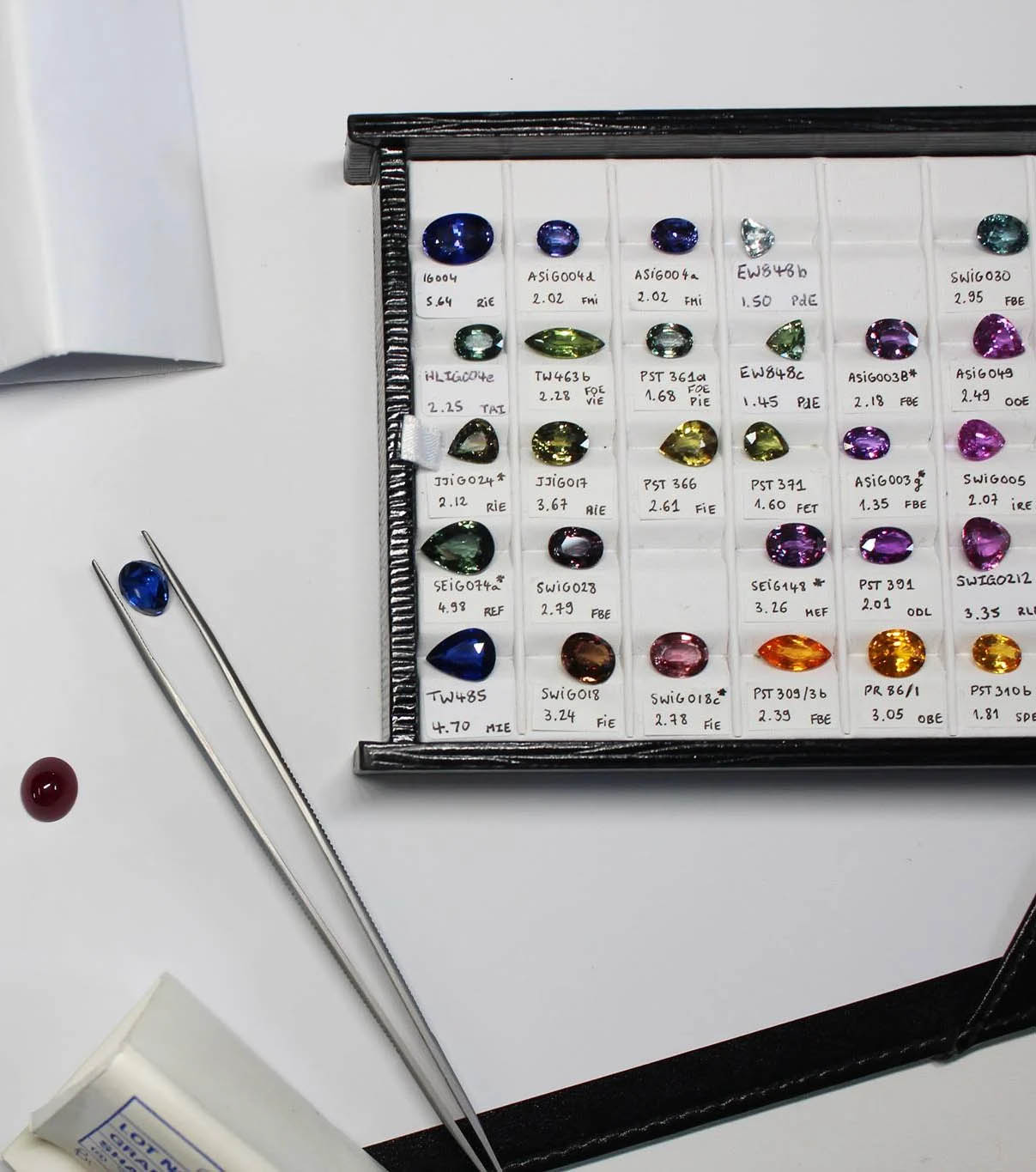